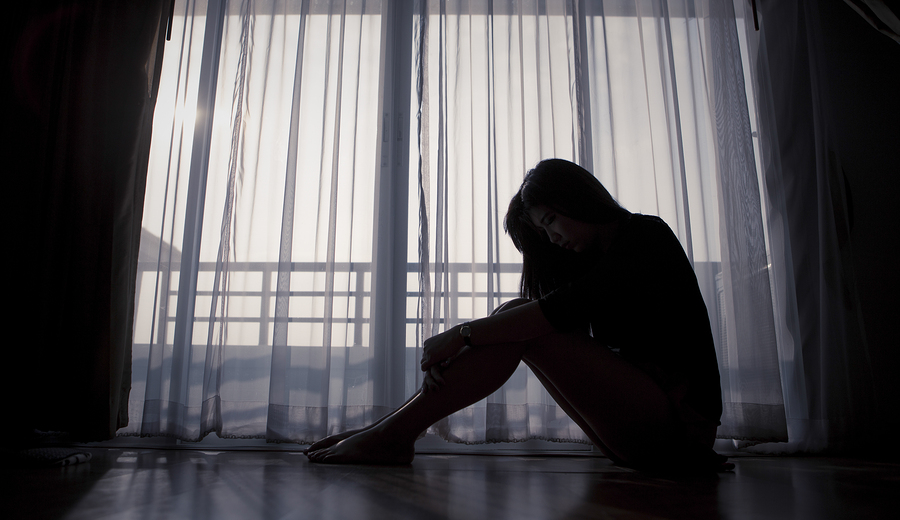 I was not planning to share this with you yet.

I wanted for us to get to know each other first, to talk of sunshine, dreams, and glory.

But the reason I am so passionate about healing, the reason I’ve found the importance of connecting to spirit and soul and purpose is because, like you, I’ve suffered. There are times when my light flickered weakly and I had to pray to the angels to shine for me, to wrap around me and protect me.

So here it is, my friends, a moment of reality. A glimpse into a time that led to the Journey.

Please be warned, this might be a little angry, a little real, a little raw. It may be graphic, profane, ugly. I share in the hope that it will shine some compassion into the world, this sharing of my darkest days. I know that I am not the only one to ever go through this. As a matter of fact, I know that many do experience this and suffer silently, shamefully. Let’s remove the shame and instead light a candle of understanding and love.

It was an April Fool’s joke.

A friend from college posted that she was pregnant. Due in “Nopevember.”

What a nice amount of attention she received, the kind that most women who have not yet made that announcement secretly dream of.

I know she meant no harm. Perhaps she was annoyed by the pressure placed upon a woman the day she turns 29ish, when the constant, personal questions start. At first this questioning is cute, thoughtful. By the gazillionth time, we want to reach for the bazooka, I know, I get it. Perhaps she wanted to aggressively say, “stop asking!” I’ve been there.

This is hard to write. I just had to put on a sweatshirt, the chill creeping in.

A friend once made the happy announcement on social media and then five months later, she had to face all those same people with the information that her baby did not make it. Our hearts broke for her as she had to answer the questions, had to face those who missed the message and checked in to see how her baby plans were going, how exciting.

My heart and prayers were with this friend in ways she had not known. At the same time, I was going through my own – very secret - losses.

There are two children in heaven who tried to start a life on earth in my body. Two little souls that live now only in my heart.

The first time I was pregnant was in August, a few years ago. My younger sister was pregnant with my sweet niece and I drove down to announce that a little cousin was coming, too. I hadn’t even told my mom yet. It was still early.

My mom found out a few days later, when I called tearfully from the hospital, rushed into emergency surgery.

There was some bleeding. They wanted me to come in for an ultrasound, everything was probably okay and I would get to see my baby! But they didn’t see it. Not in my uterus anyways.

It was probably ectopic. They were going to “try to protect the fallopian tubes” but there were no promises. I could wake up infertile.

It ended up being a fibroid on my uterus, but they couldn’t operate until “the pregnancy hormone went back down to zero.” I might even still be pregnant. It wasn’t likely. But I needed to come back in a week to check.

Stupidly, I hoped. I prayed. I tried to cajole the sweet soul to stay, to be mine. I promised to be good and kind and to protect him, to love him forever.

I still love him forever.

The following week, the pregnancy hormone was lower. Slowly, agonizingly leaving my body. They scheduled the surgery to remove the fibroid.

In a meditation, which was new to me at the time, I saw my beautiful son standing beside my sleeping body. He smiled and told me he was okay. He had to go. I knew. I prayed for the Angels to take him to play with Jesus, to be raised in happiness in heaven. My daddy, passed about five years earlier, took his hand and led him away. And it was over.

Almost exactly nine months later, I was pregnant again! What a gift. He was coming back, I knew he would.

I lovingly hung the maternity clothes I had already collected the first time in my closet, trying to forcefully manifest a happier outcome.

We had a trip planned to visit Croatia with my in-laws and we would tell them there- it would be about twelve weeks.

Instead, the blood came, the pregnancy hormone dropped, and I lost the second child right around the time when I would have been having the first.

There are no words for this.

In Croatia, the week we would have shared the “happy news,” my husband’s mother laughed and said “Happy Father’s Day” to my husband, joking, the not-so-veiled, “When will you have children?” hanging in the air. No harm was meant. Another innocent, flip comment.

Later, at another family event, I overheard uncles talking about how “selfish” it is for young couples to “put off having kids.” I was sitting right there. At the time, I was in too much pain and shame to speak up.

I share these stories not to shame those whose thoughtless words were daggers at the time, but to try to remove the shame by sharing my pain. To encourage others to think first, consider that they might not know the whole story. I know that I am not alone.

I would like to share with you a journal entry from closer to that time (caution- it is explicit and raw):

The mother in the grocery store unleashes a savage monsoon of irritation, bathing the three and five-year-old, tears shining on their faces. Does she know how lucky she is, how precious they are?

He’s every kid’s favorite, my husband. He roughhouses, makes funny faces, he’s the one they always talk about, ask after. I watch his face alight and my heart shatters. They pick at the shards, stabbing me anew, asking, “When are you two going to…?”

You see, my womb is haunted. Two dearly precious souls attempted a journey to this world through me. And something inside of me betrayed them, betrayed my gentle heart, the hopes and dreams of that couple that’s so great with kids.

Fertility is all around me, a new womb every 2.5 months, a new friend happily rubbing a swollen belly.

There’s the uncle who reached out and touched my stomach that Christmas, asking, “What about you?” when my sister announced her second pregnancy.

Every month it mocks me, literally scraping and ripping and ridding the dream from deep inside, wrenching that damn hope that comes every single time.

A pink invitation to a baby shower, another adorable gift to send.

She “doesn’t want to be a single mother.” She takes a pill, then goes for the procedure. She wants me to cry with her. I break instead.

The aunts stop talking when I walk by, the cousin clears her throat and shares her adventures in fertility, how hard it was to have her now grown kids. I did not ask for this.

The texts:
“Have you tried acupuncture?”
“Maybe if you don’t have an orgasm?”

Where does this go? Will my smile return? How much time must pass?
Have I given up?

How dare this darkness blight my sunny existence.
I try to tape the smile on-
It’s fake
It’s fake

I am heavy, always grieving, dragging, sinking in molasses
ALL THE TIME

The phone rings again, another fertile womb
be happy
be happy

I read that something like 20% of known pregnancies end in miscarriage. This does not even take into account those who embark upon fertility adventures, those who lose children closer to or after term, those who are watching their friends post the social media ultrasound while they are peeing on an ovulation stick, trying, praying.

And don’t forget the couples who choose not to have children. It is not for anyone to assume whether they’ve made that choice for themselves or the universe made it for them. It’s not for you to ask. PLEASE.

No matter what, please respect that each woman’s journey- each couple’s journey- into motherhood (parenthood)- or not is a very personal, extremely nuanced topic.

You are forgiven for all of the times you’ve asked in the past, for the April fools hilarious post, even for the hand on the belly and the invasive texts.

But now you know.

Please, tread carefully. Before you open your mouth to satisfy your curiosity, please reconsider.

For the record, I’m doing much better now. This piece of the journey lives in a corner of my heart that can now shine and give me strength. The kind of strength to share this with you in the hopes that it might make someone else’s path a little easier, a little less lonely. Tears still come, but I am okay. I will be okay. Will I “try again?” None of your damn business! Can’t you read?

Looking at me, you would never guess this secret struggle. And we all have them.

I share this to remind you, as I remind myself often, not to judge a person by their age, their appearance, even their behavior at the time because, as Lucille Clifton so eloquently penned,

“Every pair of eyes facing you has probably experienced something you could not endure.” 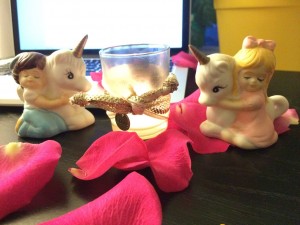